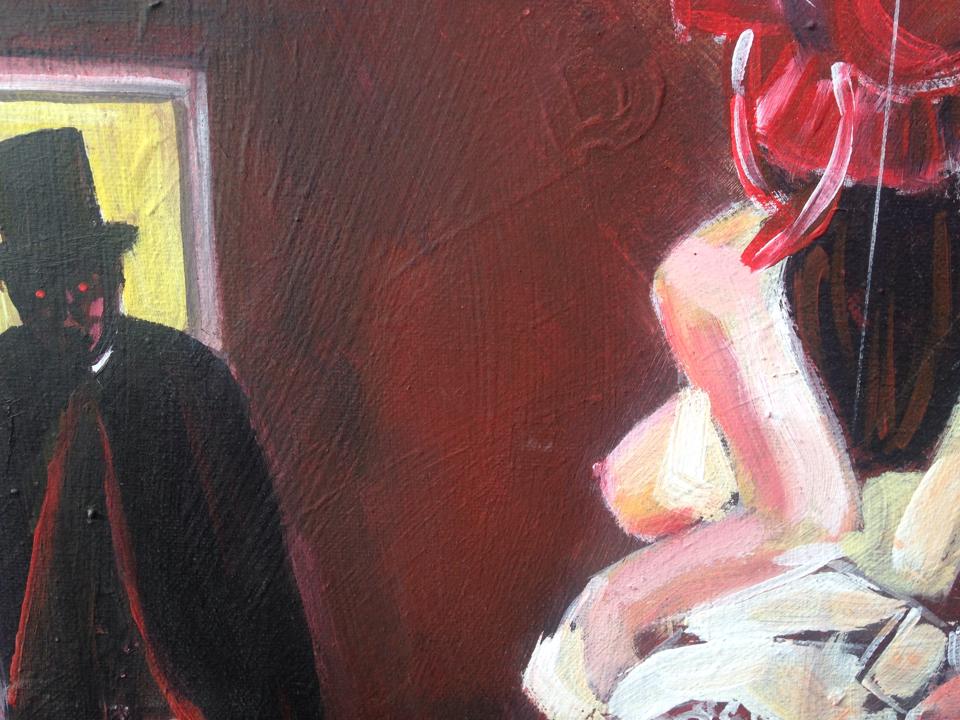 Bloody hell it’s Halloween again and it seems like five minutes since last years, and a life time ago too in some respects …last year I was preoccupied hosting my Hammer A.D. 1972 exhibition over Halloween. However this year, due to channeling all my energies not to mention funds into my  triple X Adults Only  ‘PEEP’ art show during June meant that I simply couldn’t do another Halloween event this time. Therefore I thought I’d finally do a blog from ‘Peep’ that fits nicely into the Halloween vibe. ‘PEEP’ as those who actually came and took an interest in my work will know and for those who don’t know concentrated on my hand painted designs for imaginary film posters inspired by X Rated sex films from the 1960’s/70′ and 80’s. 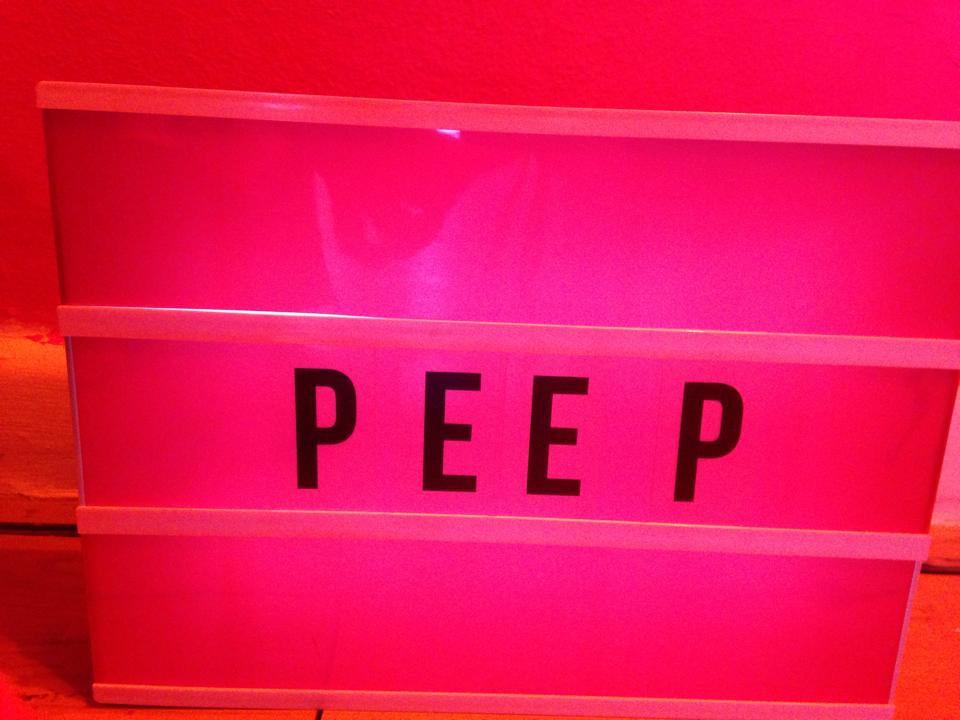 This genre of cinema produced many films based on the success of hit mainstream releases from various other genres and I created my own ‘made up’ posters for films that didn’t exist but easily could have done. I used references from Jaws, Dirty Harry, the Confessions franchise, Euro sleaze vampires, female vigilante flicks and Hammer Horror to name a few.
For this blog I’m gonna spotlight my poster art for a piece based on  the case of Jack The Ripper which inspired a number of film adaptations over the years. However I felt the story could have been given the ‘porno’ flick treatment back in the 70’s. Therefore on this basis I channeled the idea through my own imagination.
A little back story first, back in May myself and Susie took a weekend trip to London to celebrate our twenty five years since we got together anniversary. We wanted to stay in the White Chapel area of the East End, check out vintage shopping on Brick Lane and go on the Jack The Ripper tour. We booked into a small hotel above a Bangladeshi restaurant on the corner of Brick Lane and Thrawl Street that used to be a pub back in Victorian times. On the evening of the tour we were suddenly informed that the hotel we were staying in was actually the old Frying Pan pub that Polly Nichols, whose considered to be the first official Ripper victim, was in shortly before she was murdered, and we didn’t even know. 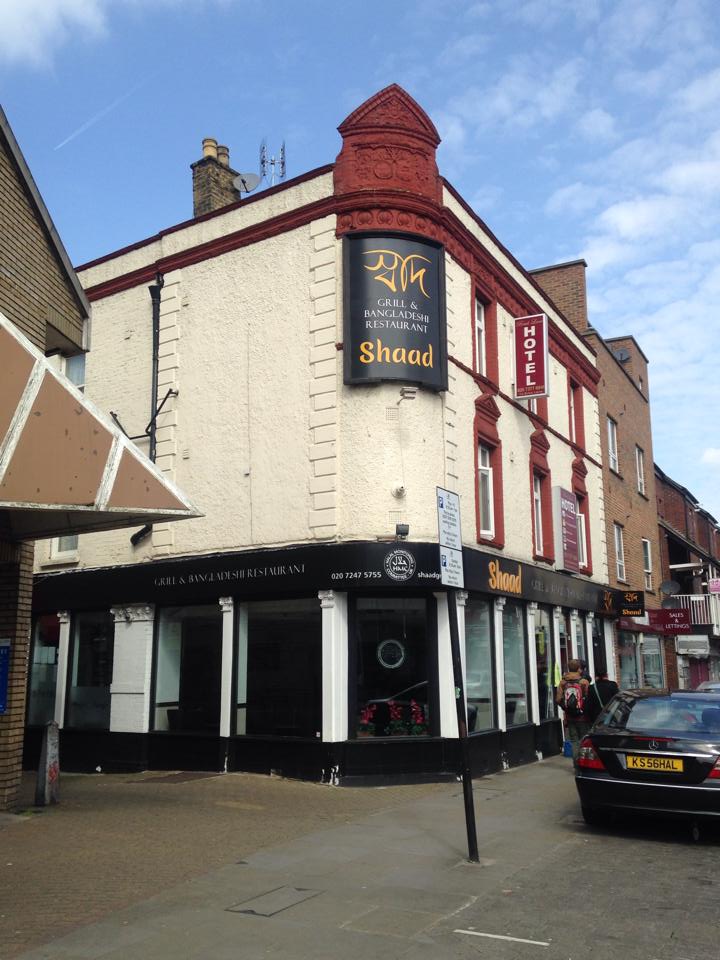 Anyway the experience of the tour, the stay in the hotel and Brick Lane weekend got my mind working and come ‘PEEP’ I decided to create a Ripper inspired movie poster called ‘Saucy Jack Is Back’ with the look of a 70’s sex horror film set in Victorian London.

So here’s  a selection of images of  the work on the poster in progress from sketches to finished product during my month long residency in the studio. 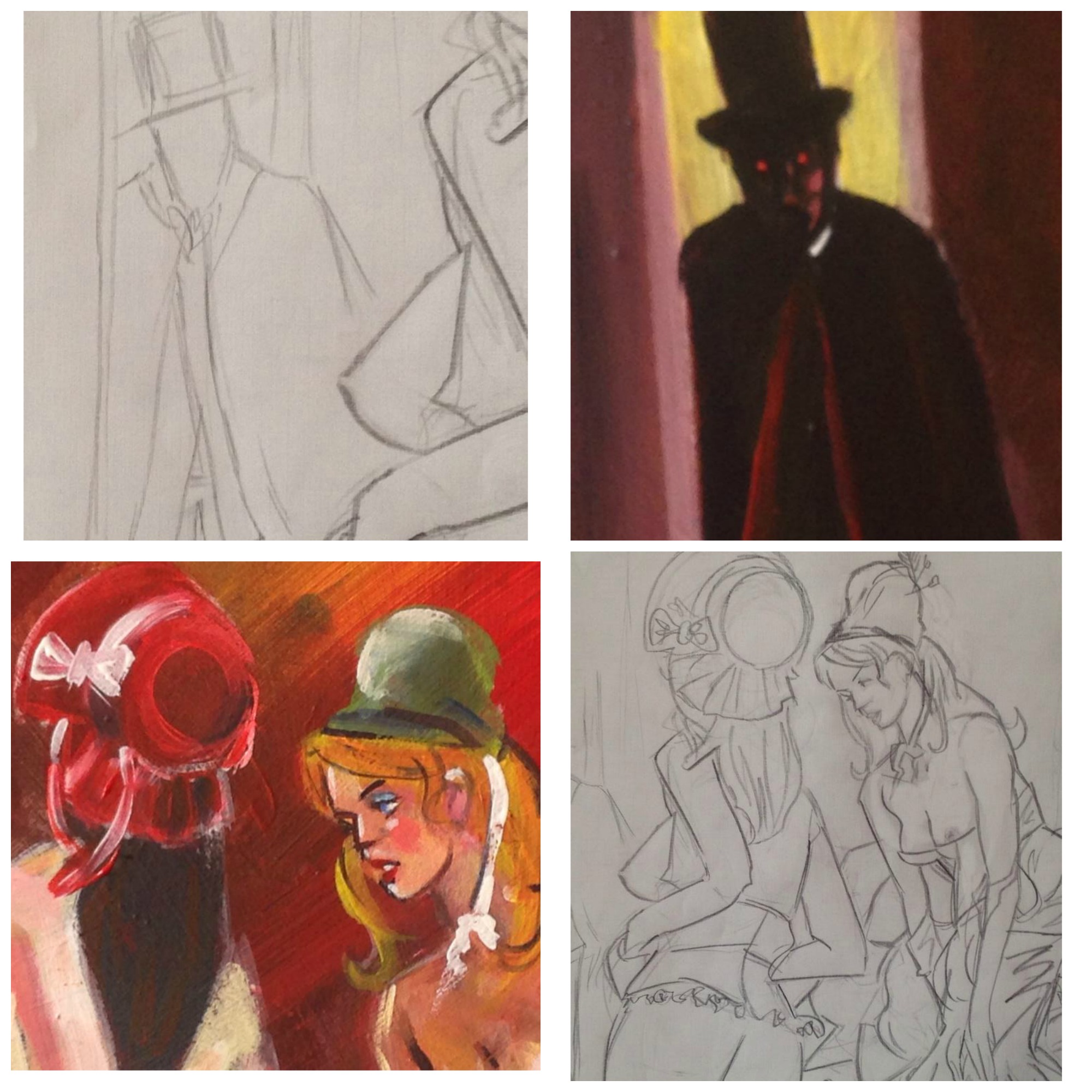 Here’s the completed piece in situe at the ‘PEEP’ end of exhibition party. 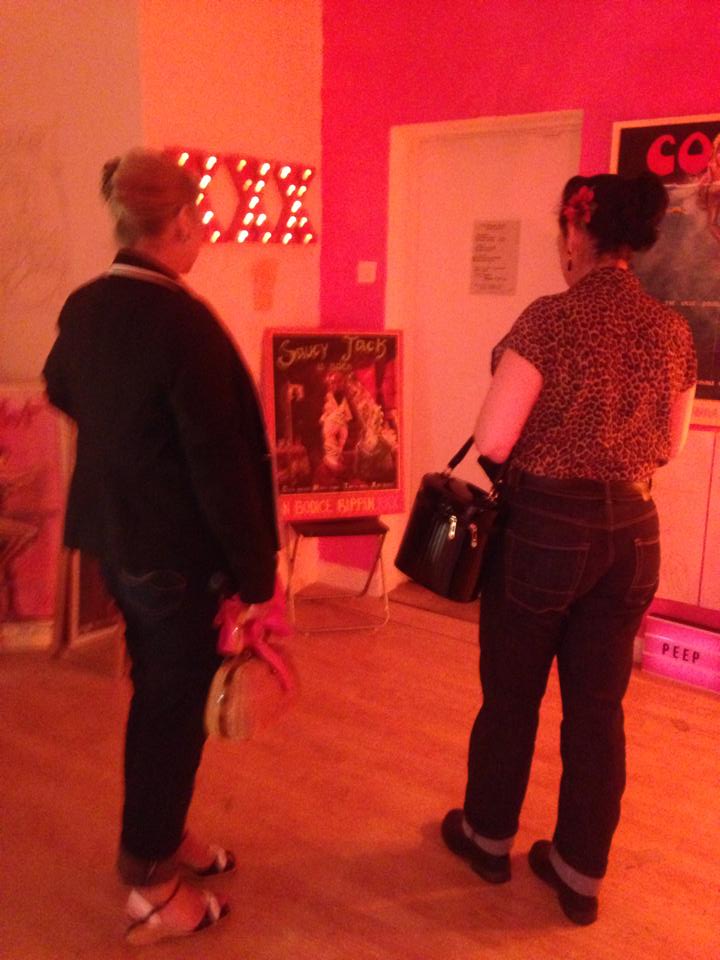 A fitting piece for the season of the witch. The painting is still available for anyone who is interested, please contact me if you are. Have a great Halloween folks and be careful who you talk to in dark alleys or when you’re putting the bins out. 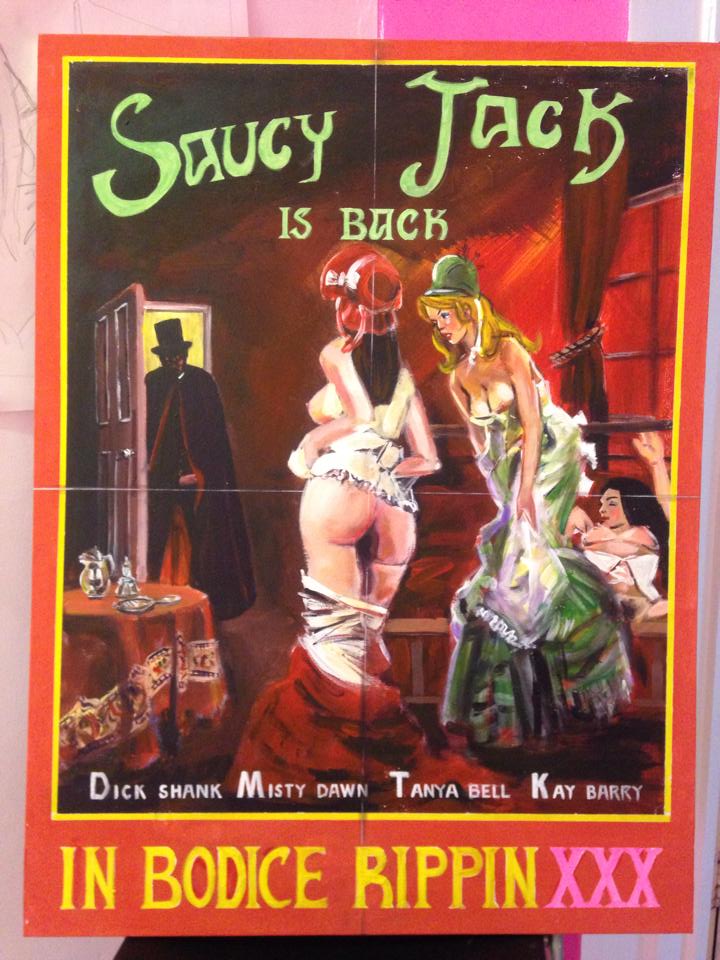